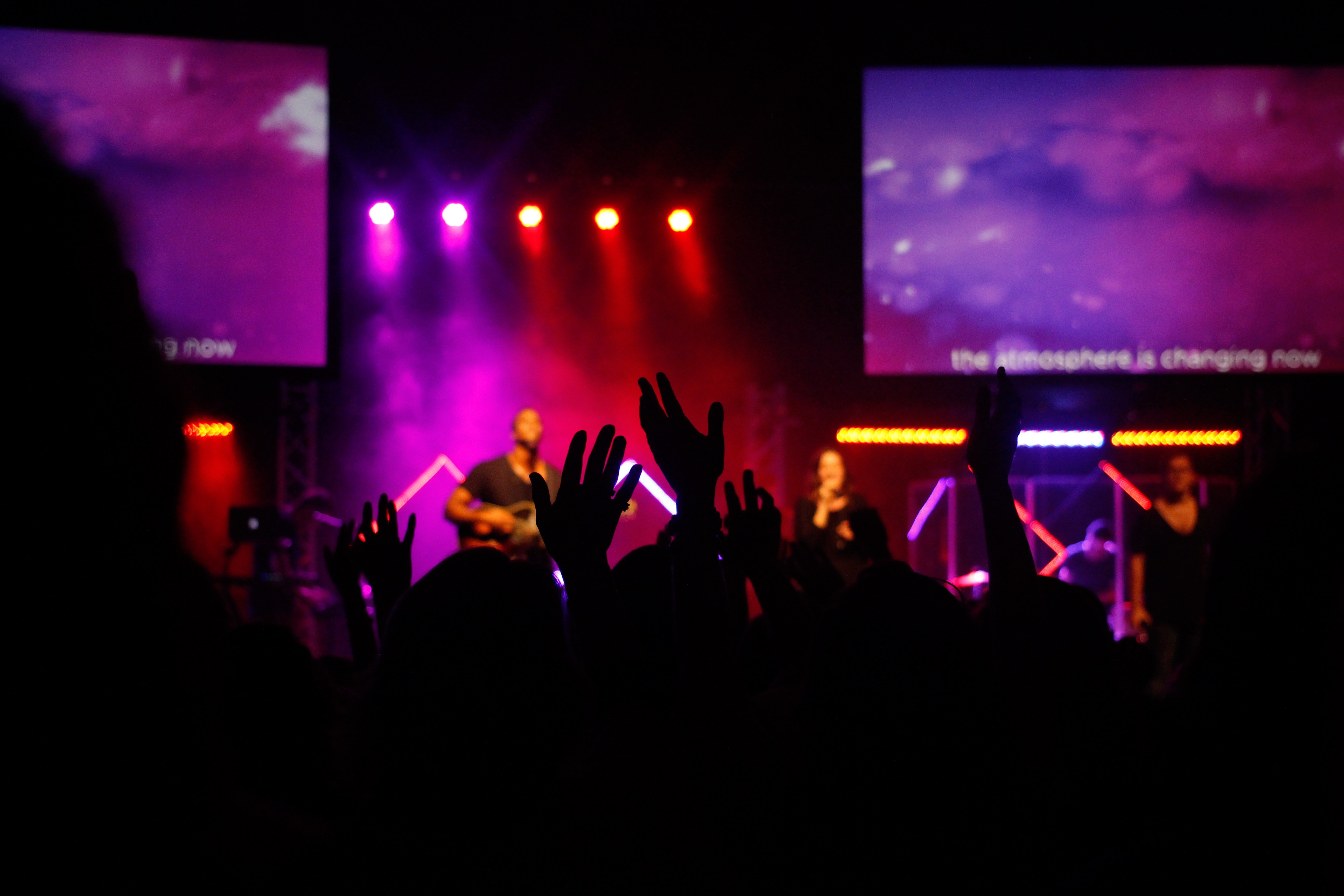 When my daughter arrived in her first year of high school, she decided to join the stage crew, which is used to help produce all of the plays and events for the school.

We had no idea what this involved but earlier this week, during the final repetition of the Christmas show she was informed that for the next two years, she’ll be the leader of the stage crew after the current leader will graduate in June!

This got me thinking about her last 2 and a half years and realised that we had no idea how things could have turned out! Here is a quick guide of what to expect, if your teenager joins their school’s stage crew.

Many of the productions are low-key and not advertised but you’ll know about them via your teenager: we went to a very fun theater play with less than 40 people in attendance, half of which were teachers, most of the other half were the parents of the actors and, well, the parents of the 2 kids from the stage crew.

If you want to see school plays, you won’t miss any, even those which are not advertised publicly.

But better yet, because your teenager sees the general repetition, she can warn you of which ones to avoid, and which ones not to miss!

The stage crew prepares the show and as such, they are the first on location. The show is at 19h30? Your kid stays after school and works tirelessly until the show ends.

But their job isn’t over yet… Microphones need to be collected, some of the decors need to be dismantled and the chairs for the audience need to be piled up and stored.

The kicker is that this can only start when the participants, the parents and the audience have left the building, often up to an hour after the show ends!

It’s not uncommon for us to come back home around 23h00 when the show ended around 21h30!

You’ll get to pile chairs

As mentioned above, the stage crew often ends their work by piling up 10 by 10 the chairs used for the audience and then dragging them in a corner of the room.

You can either let the stage crew handle it, but since they are teenagers who did their full day of school and then, a good 5 additional hours of hard work, you end up helping them so they can get to bed earlier.

I ended up making 10 piles of chairs yesterday evening! Not bad for a 40-year-old…

You’ll get to know the security crew, almost intimately

Your teenager will be in school in odd hours and general repetitions are always late. As a result, you’ll get to talk with the security guards of the school and get to swap life stories.

But the best part is that because they get to know you, you get tremendous access to the school!

Once, our daughter forgot a book on a Friday evening and needed it to do homework due the next Monday morning. Normally, that would be the end of it, but thanks to our connection to the security guard that was still on location locking up, we got in and retrieved it.

Your teenager will get pizza for free…. But might not get to eat it!

Every time there is a show, the school orders pizza for the participants who stayed at school instead of going back home before the show and they have to pay for their share.

The only exception is the stage crew: the school pays their share but here is the kicker: if anything goes bad, the kids from the stage crew don’t even have time to eat their supper!

If your teenager’s grade are high, she might miss a few periods

Members of the stage crew who fare well in class sometimes get a period or two off class to help prepare a show. It hasn’t occurred yet for our daughter, but she can’t wait as these periods is usually where the most exciting things are done: mounting the lighting, running the sound cables, testing the microphones (which can’t be done while the room is filled with participants rehearsing).

Your teenager will learn to remain cool under fire

In show business, even in high school, the number one rule is: The show must go on.

With professional actors, they have experience dealing with the stage but not always at the high school level!

It’s up to the stage crew to fix any problems, like finding a lost microphone after a performer had to go to the bathroom at the last minute due to stage fright or fixing up during the performance a self-converted acoustic guitar which microphone gives up in the middle of a song!

Far from being bad, it helps teenagers prepare for the workplace because this level of tension is very different from exam pressure.

Exams require long-term preparation and as the deadline for the exam nears, the stress increases until the exam is over and eventually, the grade is known.

State crew tension is instant: “We’ve lost a microphone” and gets resolves as a team a few minutes later.

It’s the type of life knowledge that many non-athletic kids don’t get to experience first hand.

Your teenager will learn to work as a team

Let’s be honest, teamwork in high school sucks: there is always a leader who does 80% of the work, a critic who does most of the remaining 20% and complains that what the leader did is all wrong, a slacker who just wants to get the credit and the ghost who is always too busy to attend the meetings.

But in the stage crew, a person who doesn’t give his best isn’t called back so you end up with a core of half of a dozen teenagers from all grades working together despite massive differences in style and interest.

They learn to take advantage of each other’s talents and diversity. One of the seniors is a part time DJ? He handles the sound. One of the kids is small and thin? He handles the pick ups (when a stage crew member is on stage to pick up microphones and props after an act.

As for my daughter? Let’s see the next point…

When a student joins the stage crew in the first 2 years of high school, they are still too young to be trusted with expensive microphones and equipment during the show and they are often given the job of act coordinator: they stand on both sides of the stage and coordinate when performers go on stage.

My daughter was until this week given the job of handling the left entrance from the perspective of the audience (What we call in French: the Côté Jardin).

This gave her a tremendous confidence boost as she had to not only prevent performers from going on stage early, but also to almost push some of them on stage when they were stuck with stage fright.

It means being at all times aware of each act, knowing when each of the participants needs to come on board and that if you do make a mistake, you stand up to it because the participants have to trust you.

As time goes by, your teenage will build up the confidence to stand up to a senior who’s 4 years older then she is to tell him that it’s not his time to come on stage, and she’ll get the courage to stand up to the football captain to tell him to stop goofing around backstage before his entrance.

Your teenager might yell at older students… and get thanked for it!

The stage crew often need to remind the participants of their place and because the stage is always in a hurry, your teenage will probably yell at other students to put them back in their place, even older students.

Oddly enough, most of them will eventually thank the stage crew as often, the chaos and confusion is caused by stage fright and the stage crew putting them back in order is usually a good technique to calm them down.

Popular students will know your teenager!

At my daughter’s school, last year, the four hosts of every show were pretty much the most popular kids in school. They were in all of the plays as actors, they hosted with funny sketches every other production, from the Christmas show to the graduation ceremony and the award ceremony.

You’d think the athletes would be more popular, but for some reason, not at her school.

The kicker however, was that quickly enough, not only did the four hosts began to rely on my daughter to support them during their skits, but they began to talk to her outside of stage plays much to the surprise of her classmates!

Singers and musicians alike get to trust the stage crew and as a result, learn to like them and get to know them, by name.

But forget the dance troops…

They quickly learn to rely on the stage crew to perform well.

But the dance troops don’t need microphones and at dance recitals, there isn’t usually a stage crew so they learn to mount their shows autonomously.

That’s all fine when it’s a dance recital! But sometimes, there is a microphone stand to remove before a dance number or a prop to be discarded so that the dance crew needs to wait until they get the green light, but at the same time, they are used to have dance numbers in rapid succession and can’t wait to get on stage.

Don’t expect your stage crew teenager to get along with the girls from the dance troops. It’s almost like oil and water: one wants to coordinate the whole show and the other is anxious to get on stage to shine.

Your teenager will get to know the school inside and out!

A lot of the material is stored in rooms in restricted sections of the high school which most of the students don’t even know exist but your teenager will know them all.

When I was personally in high school, I was curious about those doors which are never opened, about that staircase which leads to a locked room and around those odd garage doors near the auditorium which are always down.

That’s where all of the decors, costumes, stage equipment and other expensive material needed for shows is stored.

The stage crew gets to see it all, including decorations forgotten decades earlier and from another era!

Don’t worry about the lack of sleep for your teenager

You might worry about the fact that coming back late from stage productions will be bad for your teenager but here is the secret: they’ll work so hard love it so much that in the end, they’ll sleep better on those nights than any other.

I might be wrong, but I often feel like teenagers are not challenged enough on all of their levels to tire them enough to sleep well.

With the stage crew, they get to be pushed to their maximum intellectually, emotionally, socially and even physically.

They’ll sleep better afterwards… and eventually, thank you for letting them have one of the best experience in their high school!

And isn’t that what you want for your kids?